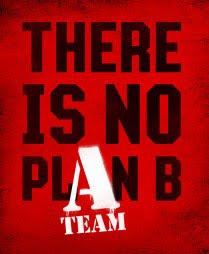 "So wait, you're going to swim 2 1/2 miles, bike for 112, then finish with a marathon? Don't you think that's a bit overkill?" -Kelly, Mom, Kie, and countless other people I've told about this race

It's funny how many times I've heard some reiteration of that quote, but every time someone new says it I can't help but think they're probably right. In fact, I remember thinking the same thing when I ran my first Tri two years ago in 2009. It was an international distance race (1.5 km swim, 40 km ride, 10 km run) and probably one of the hardest things I had done up to that point. I followed it with the MS150 a week later, then another tri a few months later. Thinking "you know, this isn't so bad," I decided to shoot for a half Ironman in 2010. So 2010 came around and one thing lead to another, I was traveling for work, tight on cash, had a ton of things to do around the house, and never got around to registering for a race (even though I got my wetsuit in the Spring). I was kind of bummed out.

During that time though, anyone who knows me, knows that I didn't spend the year sitting around getting fat (well at least not too fat). I was still teaching 6 Spin classes a week, running a boot camp training program, running, lifting, and swimming at LA Fitness.

Swimming is definitely my weakness and almost everytime I got into the pull there was an old fat man swimming laps around me in the left lane, and some kid doing the same in the right lane. As it turns out, that the fast kid was a friend of a friend training for an Ironman (and not just another douche showing off for the lifeguard as I had assumed). The more he talked about his race the more I thought I needed to get in on one of these.

When he finished the Arizona Ironman a few months ago my friend Geoff decided to sign up for the 2011 Arizona Ironman. Well, I didn't think I could let myself know that two of my friends will have completed Ironmans while also knowing I have the ability to do the same. After all, I can't be the only kid on the block without an Ironman corporate branded tattooed can I?

So I've committed to the 2011 Louisville Ironman on August 28th! With this new commitment I'll be totally revamping my regular 4:45am training routine. If you train with me at that time now, or want to, I think you'll enjoy the new stuff I'm putting together. The official Ironman training will start in April, but between now and then I'll be ditching the regular heavy weight plan and moving to a program focused more on core stability, circuit training, flexibility and maintaining my already killer aerobic base!

I'll also be focusing more of my Spinning classes on target heart rate zones, so if you tend to show up to my class and don't have a monitor GO GET ONE! Polar is the best brand for most people's needs.

This is an early look at what you can expect over the next 3 months...

So, is this all a little "overkill" as some have suggested? The answer is obviously yes! But to quote Col. Hannibal Smith of the A-Team "Overkill is Under-Rated."
Posted by Ken at 4:07 PM