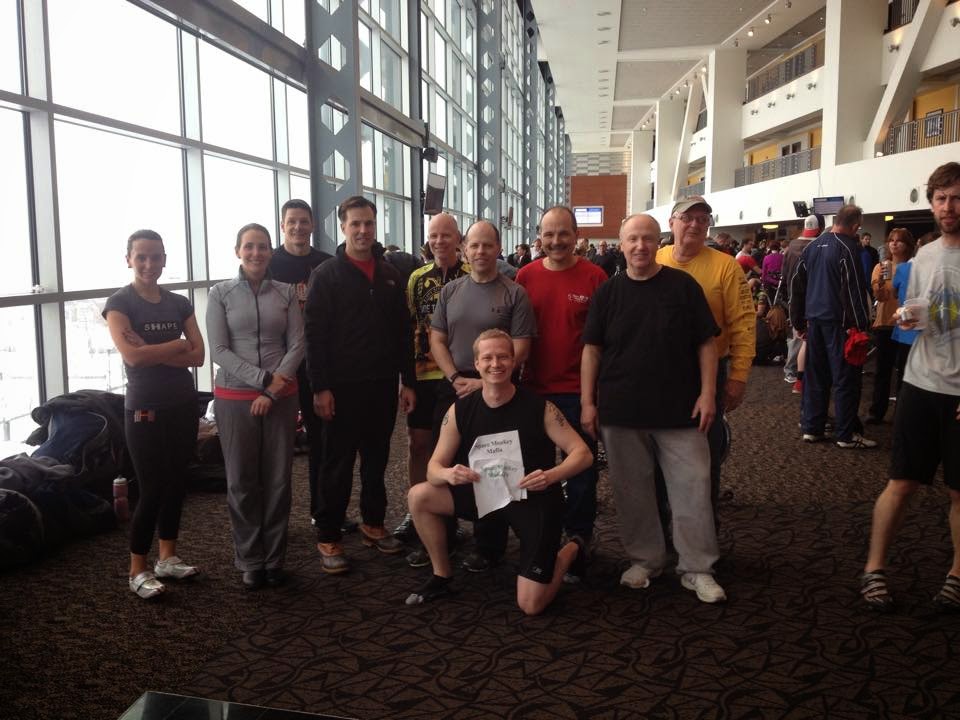 This year was definitely one for the record books, both in terms of milage covered & the number of riders who didn’t show up (including yours truly).

There were weather reports that Pittsburgh might have a rocky morning, but when the sun came, the roads were clear and there wasn’t a snowflake insight.

As the team began to make their way to Heinz Field however that began to change. By the time things kicked off at 9 am, the city was in a white out! There were a few other last minute surprises, including our initial goal calculations being off target due to the different style bikes used. Because our teams road on the Kaiser bikes in 2014 (the same bikes we trained on at LA Fitness & the Rivers Club this year), we knew there would be some discrepancies with our numbers. Unfortunately they proved greater than we imagined which meant we couldn't hand out solid goals. I’ve saved the numbers though and we should have strong standings for next year if we ride on CycleOps bikes again.

Before getting into the rider details (as best as I remember Chris telling them to me), I’d like to give a big thank you to my friends at Urban Elements & Cyclology. Sharon, one of the studio’s co-creaters, also help in planning of the Race to Anyplace and hooked us up with a great spot for our bikes (right on the end, next to the bar!) I’m hoping to work with her and the race organizers next year to make the event even more successful…now, on to the race itself!
Both Race & JV teams blew away the competition this year (like not even close!). Both teams were also first place in their divisions! I’m not sure why our JV team got put into the “Spin Health Club Division,” but you know what, we’ll take it!

That means the JV team was first in that division with 249.05 miles, while the Space Monkey Mafia Race team finished first in the Open division with 258.2 miles (this was also the top milage in all divisions!). 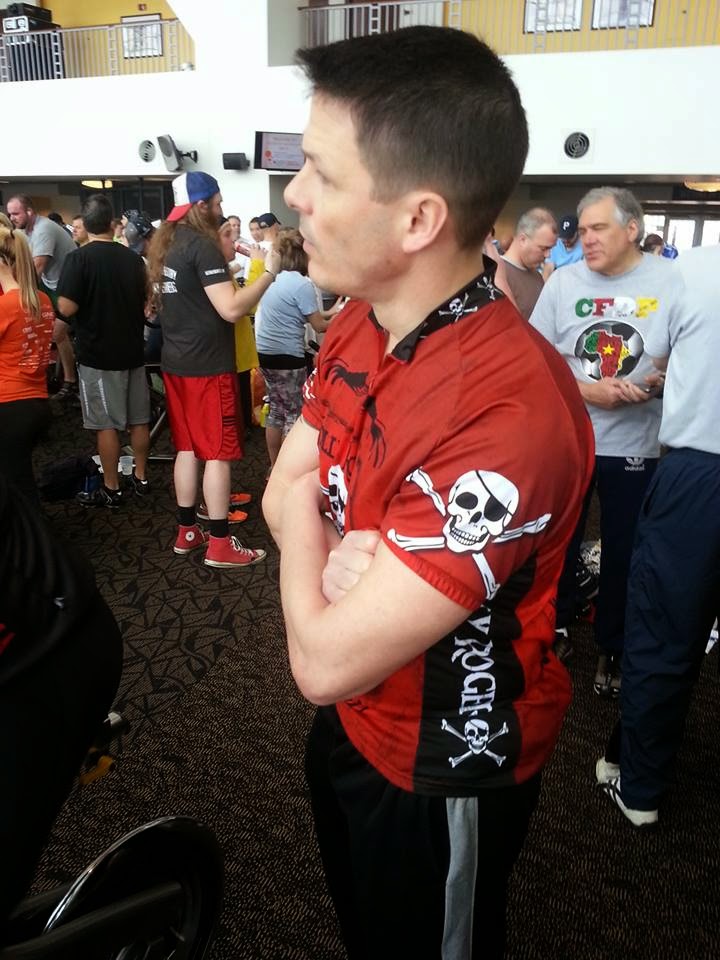 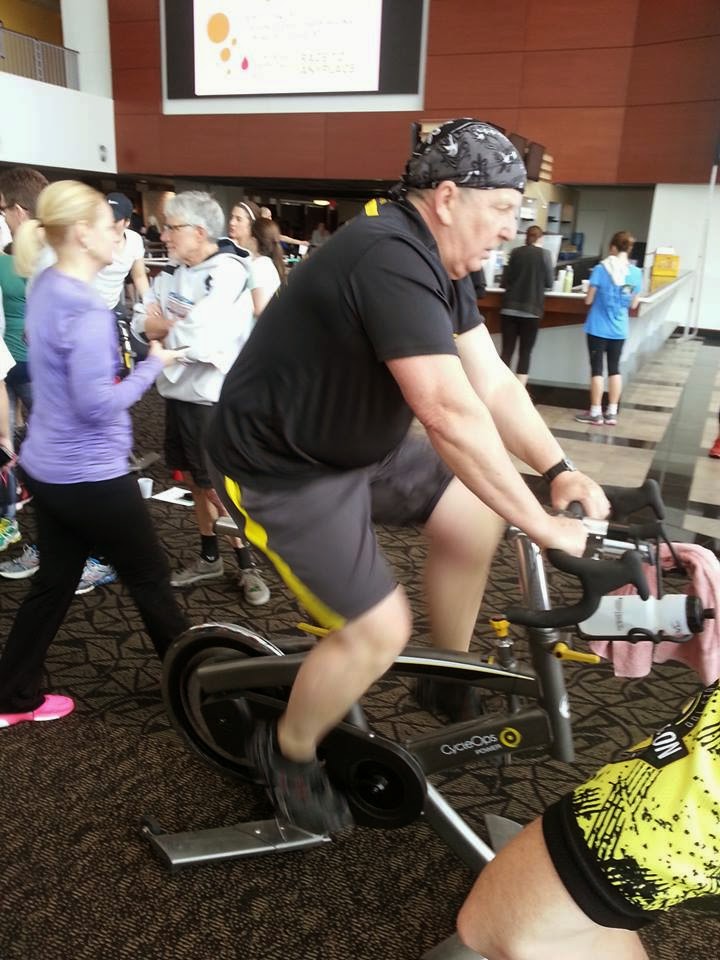 On the JV team Jack kicked things off with a 8.91 mile ride and 8.66 mile ride (solid numbers and above goal!). Following Jack was a new rider, Jen T and damn was she fast! Over her two rides she racked up 11.25 miles and then another 11.11 miles. There are unconfirmed reports that she was moving fast because she needed to get off the bike for a bachelorette party. Whatever the reason, we’re going to be sure we duplicate it next year and she’s bought herself a spot on the Race Team. 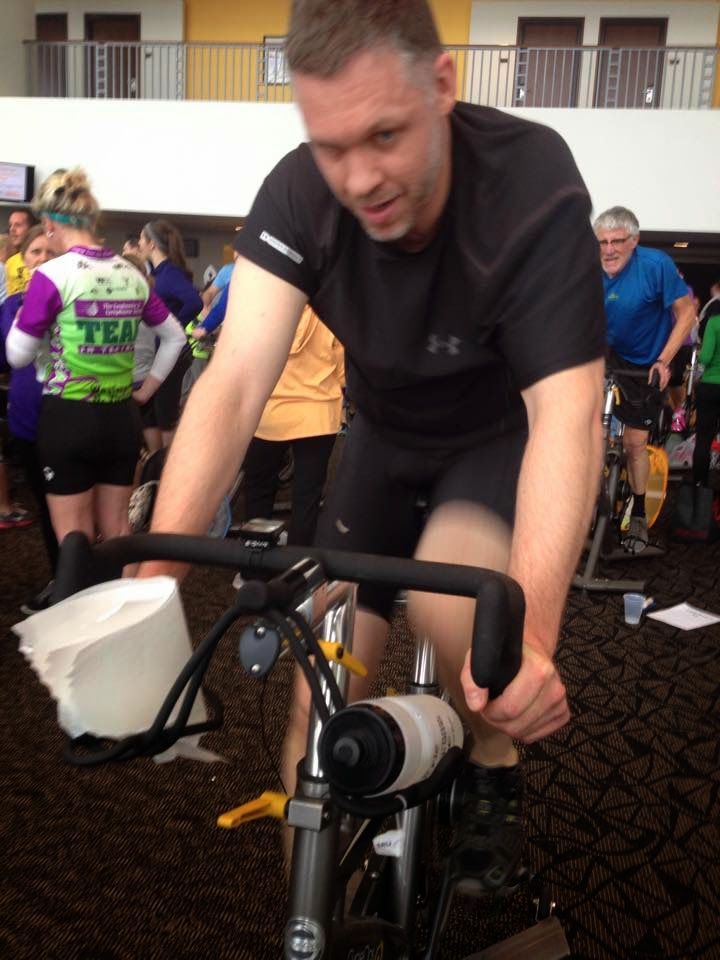 The next two guys on the JV team also secured seats on the 2016 Race Team. They were Eric & Scott. Both were way faster than last year. These guys racked up 11 miles (Eric), 11.03 miles (Scott), another 10.84 (Eric’s 2nd ride) and 11.08 (Scotts second ride). In fact, Scott was one of the very few racers we’ve ever had with a faster time on the second leg…Congratz guys, see you next year on the Race Team with Jen T! 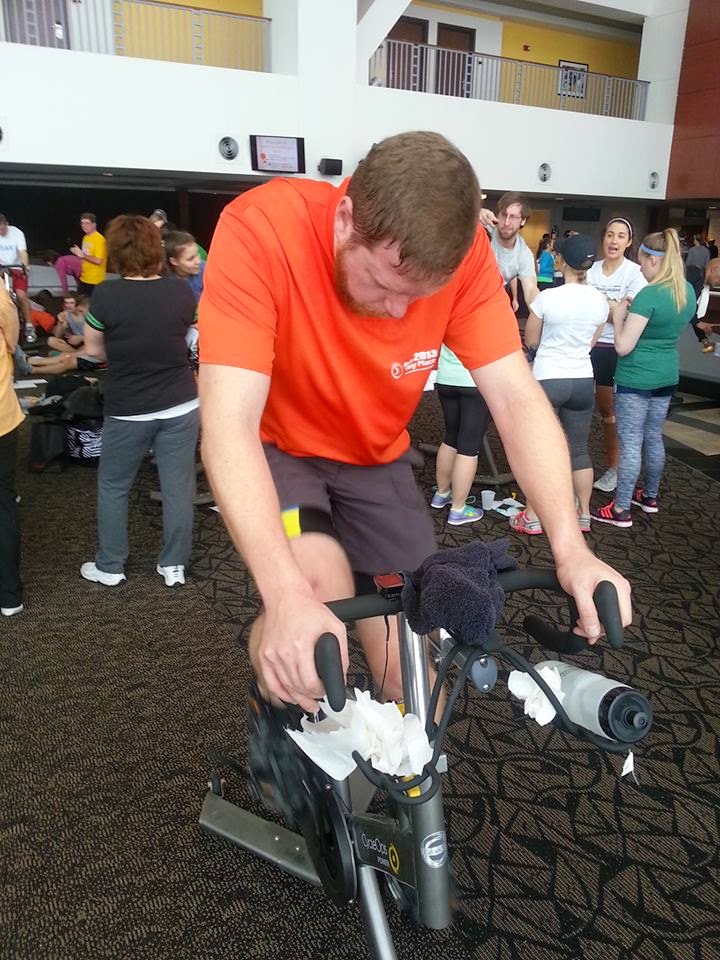 At this point, it became apparent that the weather was going to prevent several riders from making it to the race. Mia was extremely worried about the roads and decided it was to risky to drive into town (thank god she made it safely up the Mountains to the Foggy Goggle at 7 Springs instead). A big thanks here to Chris and Brian for kicking into action and getting riders set up for double shifts. 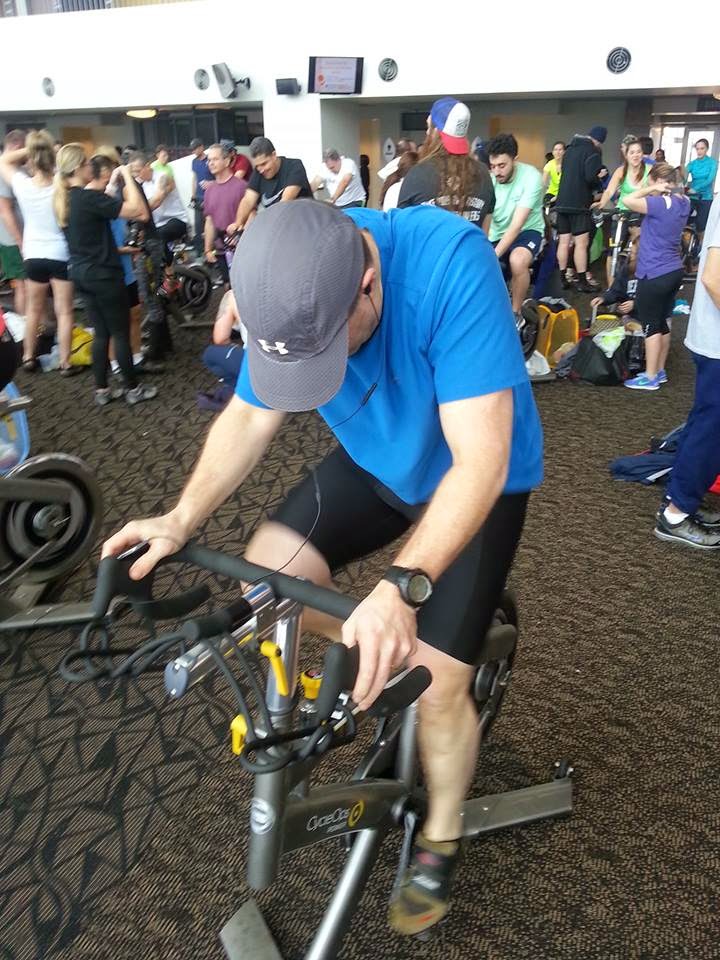 During this time, the JV team continued to turn over solid performances and a number of our Race
Team riders pitched in on that effort. Mike Z put up a strong ride three separate times with legs each totaling 9.76, 9.93 and 9.62. He was one of our other riders who had a stronger second ride than first ride (nice push, Mike!). In-between Mike’s rides, Jack hopped on for 8.68 miles, followed by another Eric ride at 10.86 & Scott ride at 10.56 (and while I’m not trying to create any completion for next year, it took Eric a third try before he finally beat Scott!). 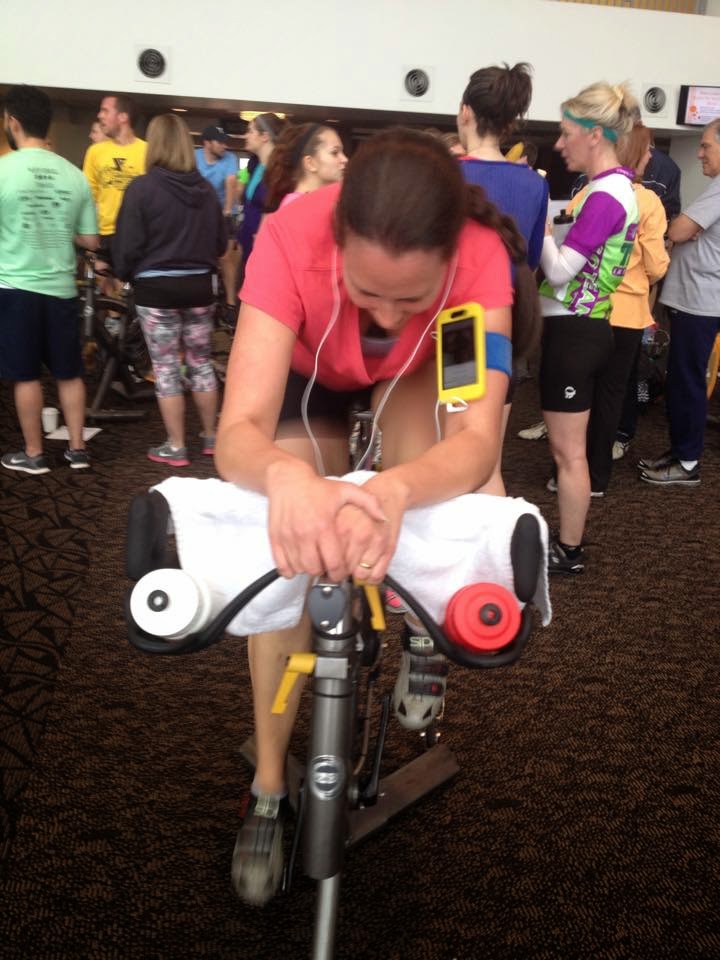 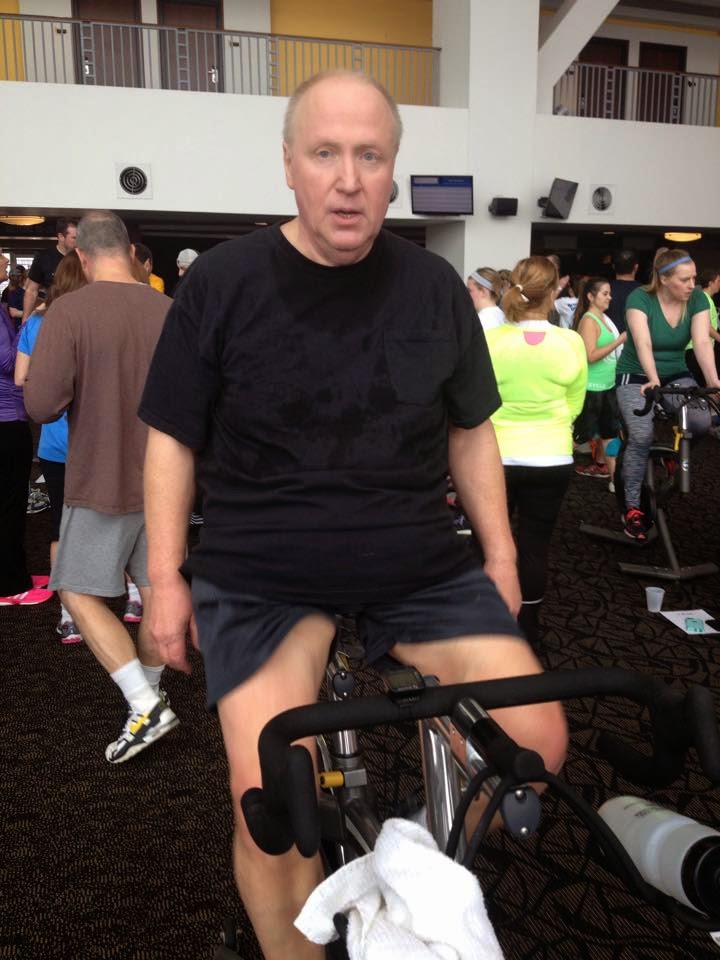 Congratulations to all the 2015 riders! I’m looking forward to seeing you in 2016! 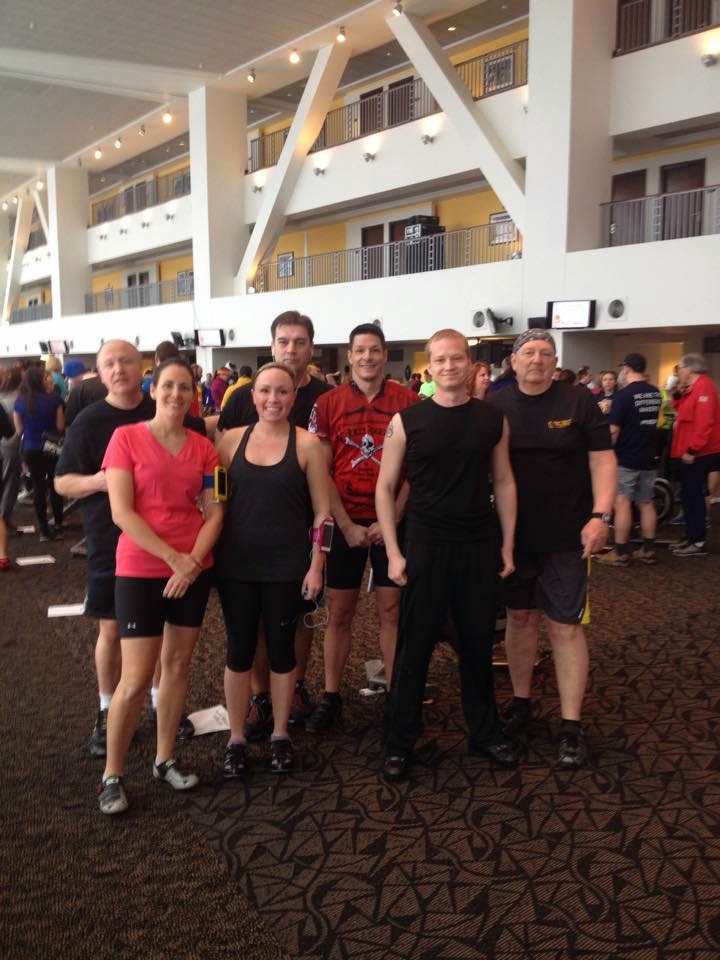